We woke to sunshine so bought breakfast at the local Lawsons (rival to Seven-Eleven here) and took it down to the lake where we drank iced coffee surrounded by swan-headed pedallos.

Taking the main road through town heading west, we joined Route 230 towards Date on the coast. This crossed the approach road to the main express motorway, but traffic lights and pedestrian crossings allowed a safe transfer and we cycled on the wide pavement out to Abuta.

Before Abuta, we met one of a string of road tunnels which seem to be the main hurdle to cycling Hokkaido safely. Route 37 hugs the coast from Abuta to Oshamanbe but is cut into and through the limestone and granite hills which fall steeply down to meet the water.

Cycling this road, you are forced to share narrow tunnels, some a kilometre or two long and many without pavements, with large lorries which rocket along at high speed.

Even approaching cars sound like low-flying 747s in the confines of a concrete tube below a mountain.

By the time we reached Oshamanbe where Route 37 joined with and became Route 5, we were wondering if we could do much more of this tunnel travelling.

Luckily, the road opened up onto the coast here with wide sandy beaches and a string of small towns built on the local clam farming industry.

We stopped at Kikonai for lunch in a tiny local cafe where the old ladies served us ramen with high amusement and then, refuelled, we set off towards Mori.

We were doubting if we would make Onuma by nightfall and given the previous nocturnal nightmare, started to discuss alternatives. Stitching wild rhubarb leaves and bamboo into a shelter came bottom of the list.

Coca phoned the hotel from Yakumo to check trains, buses or taxis which might collect us with our two 'baiku'.

The coast road to Mori was smooth running and flat and we picked up pace, reaching the town by 17.30. Lake Onuma and the hotel were only another 25-30km along Route 5 so we agreed to push on, arriving at dusk, but in time to use the hot onsen with outside bathing area overlooking a pool full of carp. An elaborate dinner rounded off the evening and we slept like Hokkaido bears. 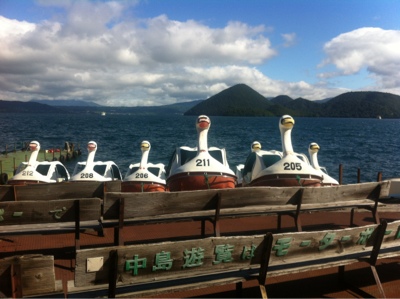 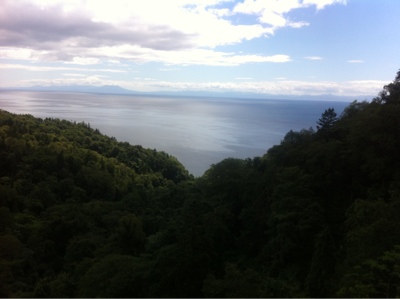 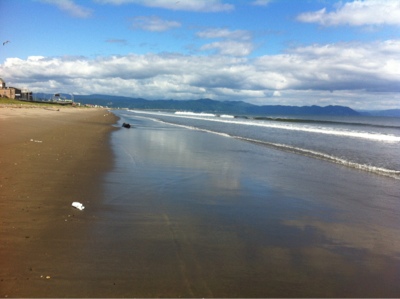 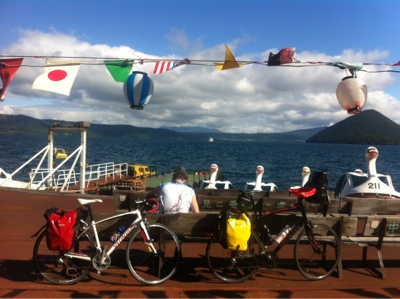 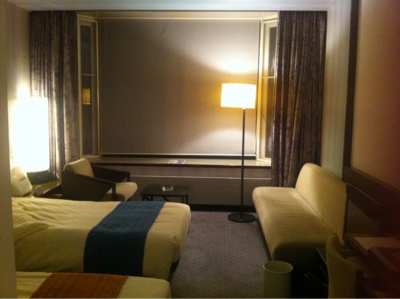 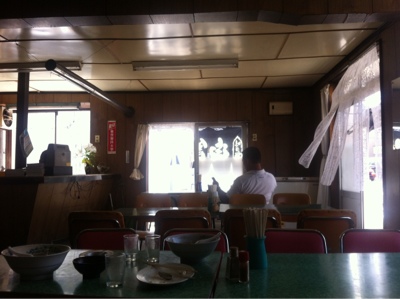