Another onsen before breakfast and we were ready to carry on. Skirting the lake at Onuma, a truly beautiful setting with small mound-shaped islands littered across it, we headed east to Shikabe and the coast instead of the direct way on Route 5.

Leaving the lake we cycled between Komamga Toge at 1131m and Yokotsu Dake at 1167m. Both dwarfs in comparison with Fuji-San at a whopping 3776m, but still imposing on the skyline.

We continued on till next village where we bought iced coffee and sat on beer crates in the shop entrance chatting to the owner (neither speaking the other's language) till the rain lifted and we pressed inland and up into the hills. The countryside here is deep green and steam drifts off the water courses hidden beneath the undergrowth.

The rain picked up again and we stood under a tree till it stopped as water was running down the sides of the road making it difficult to cycle.

Eventually we broke through to the other side of the hills and took a long enjoyable freewheel into the outskirts of Hakodate, and then another half an hour through the traffic, dodging storm drains and pedestrians until we found the centre of the city and the hotel. 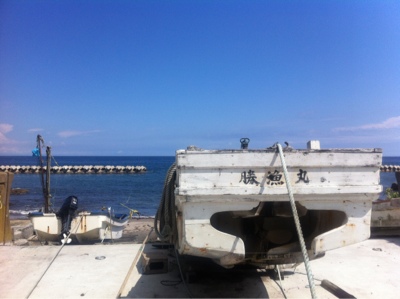 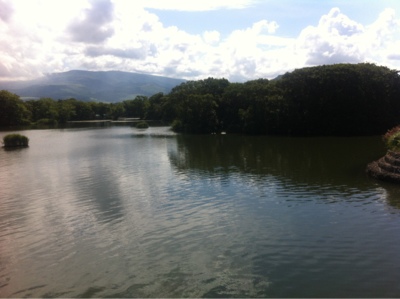 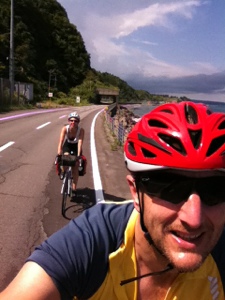 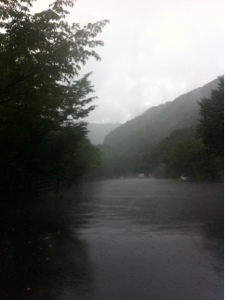 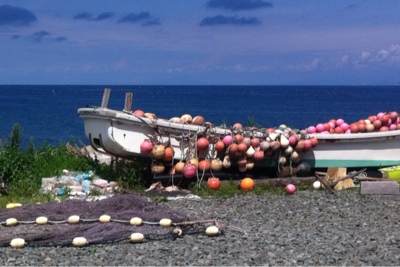 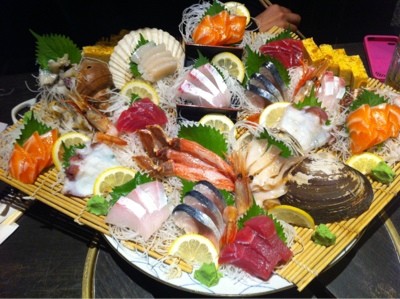 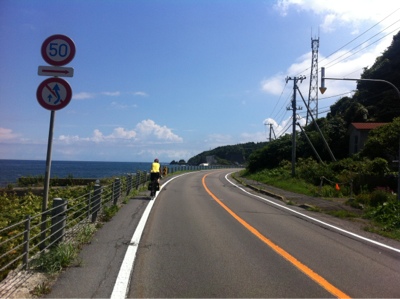 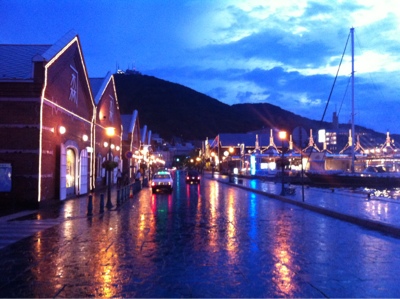 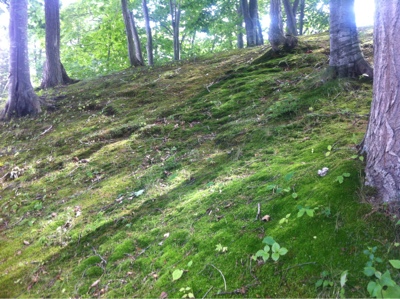 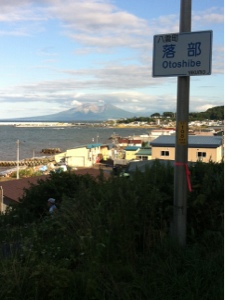