After breakfast in one of the long covered streets in downtown Niigata, we cycled back over the Bandai bridge again down to the port.

Arriving at the port, we cycled route 350 west across the narrow middle of the island and then north around the coast on Route 45 to find the hotel we'd seen on the web but not booked. The journey was around 25miles over a number of hills and valleys and it was rapidly approaching dusk when we arrived in a very remote fishing village with one single cold-war style concrete block on the bleak shoreline of rocks. All of the pictures had been from inside the hotel but we recognised the views.
We looked at each other and grimaced. Mano bay and a recommended Ryokan was another 40minutes cycle.

Heads down, we pushed on, back up the hill. We arrived in the dark to a friendly glow from the Ryokan and a burst of laughter as somebody opened a door. We wanted to stay here immediately! A young woman greeted us at the side of the building but apologetically explained "Full". A friendly young man from the Ryokan joined her. They were very busy and fully booked tonight. What to do? With what we have come to recognise as remarkable Japanese hospitality, he then walked us around the corner to another less western-accessible ryokan, where he negotiated with the owner and convinced them to let us stay. Having agreed this he then directed us to the two closest restaurants which he recommended- a small traditional Japanese restaurant and a "very cheap: very good" Yakitori grill where we went for excellent kebabs of liver, chicken and other tasty but unidentified meats, washed down with tall draft beers.

The owner and his mother, a very sweet lady who sat fanning the grill as sticks of meat hissed and sizzled in front of her, were very friendly, also dealing with a table of Japanese businessmen sitting behind us. I asked if they served wagashi -sweets- but he said no. He then became very busy, boiling small dishes of something in a bain-marie and plunging it into iced water. We tried to attract his attention to ask for the bill, but couldn't catch his eye.

After about 10 minutes we were wondering if we should just stand up and wave our money, but he came over with a glass bowl. He had prepared for us an unusual but delicious dish of transparent flat noodles with a light salted caramel sauce. Incredible 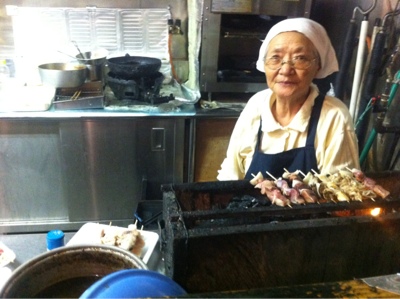 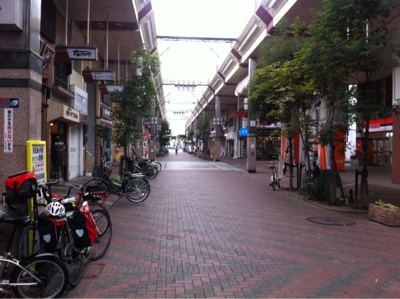 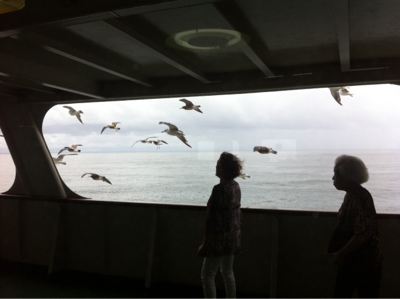 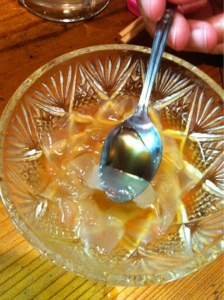 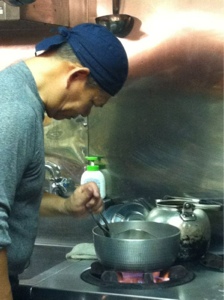 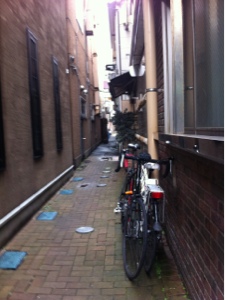 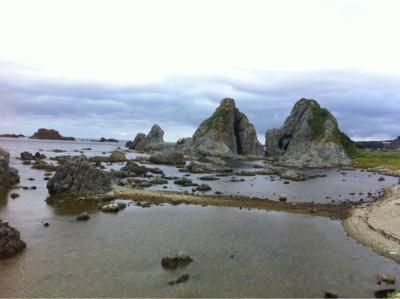 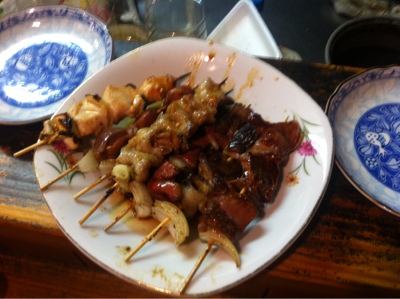