Day 8-Fukaura via Lake Juniko to and bus to Akita

We left the hot salted bath Onsen resort in Fukaura with dark brooding grey clouds above us in the direction of lake Juni-ko National park on Route 101 again.

About 6 miles (10km) out of Fukaura along the coast road, the turn to Juni-ko takes you up increasingly steep bends, and the rain from yesterday had flooded the drains and streams along the roadside.

The area up the mountain is incredibly pretty, with lakes and hot volcanic springs and lots of waterfalls.
The rain got steadily worse until it became so heavy we had to stop at the first of the lakes to shelter and inspect the map to decide if we continued up the hill or turned back the way we'd come. The small cafe by the lake was closed but the owner came out, let us in and gave us a cup of green tea. He then brought us a map of the area which he spread over the table and some very helpful instructions in Japanese, which Richard swears he understood perfectly.

We decided to cycle on, and after a string of lakes and streams, we arrived finally at the blue lake- an incredible cobalt coloured pool with a number of trees eerily suspended under the surface.

The rain had picked up and we rode back down, spray from the streams crossing the road whipping up behind us, and we were back onto Route 101 headed for Akita, still 60 miles or so away.

After another 20 miles pedalling, most of them in heavy rain, we arrived in Noshiro and took stock. It was already past 3 and with our speed limited to 10mph with the rain and hills we weren't going to make it to Akita till after dark. We still had nowhere to stay and the rain had soaked us to the socks.

Plan B was achieved by asking directions to the bus station where, after some negotiation, we dismantled the bikes, tied the wheels by the sides of the frames and got the bus to Akita with the bikes stored below. We saw the famous Fukaura sunset from the bus, rather than the hot onsen, arriving in time to find a hotel with hot shower and comfy bed.

Dinner added new excitement- the tiny noodle restaurant had a machine where you selected what you wanted from the menu, a bit like a cigarette machine with lots of buttons, but all in Japanese text and no pictures! Luckily a friendly man at the bar explained that this button was ramen noodle soup, this one was a bigger portion, this was beer, and so on until we had ordered ourselves a small feast. Giving the tickets to the waiter we sat and waited hopefully. By looking at the price Coca managed to get the house special, a very dense egg fried rice with an egg on top.

Luckily it was very tasty (oishii) and we paid about 11 pounds for the whole dinner. 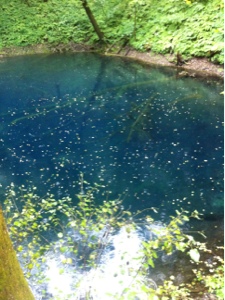 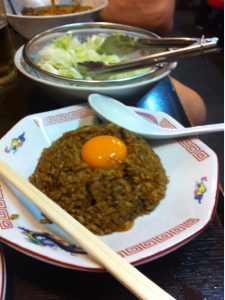 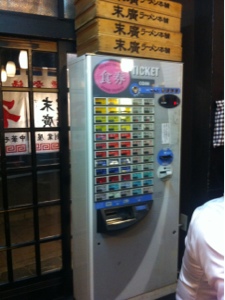 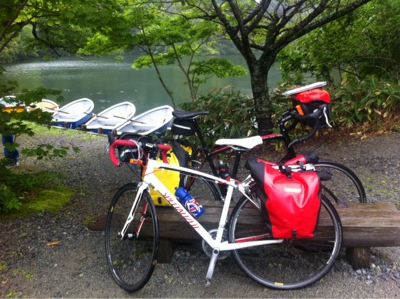 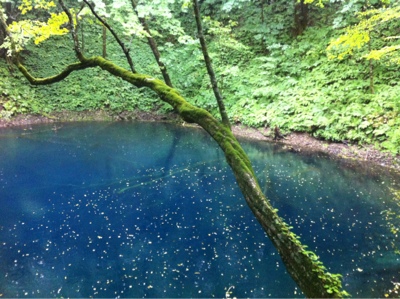