We left the hotel in Nagano early with dry weather and allowed ourselves a stop at the famous zen temple Zenkō-ji.

After crossing the big gate guarded by a gigantic warriors each side, (lots of pairs woven shoes hanging at the base of each - some human-sized some big enough for the feet of these temple guardians) you enter into the temple, which is a compound of 30+ temples, with booths to buy prayers and gifts and queues for different parts.

At the main temple, pilgrims touch a wooden statue of the founding monk, his eyes and hands worn smooth.

You should also burn some incense inside a big hollow cylinder topped by a lion standing guard outside and impregnate yourself with the smoke emanating from openings in the side and from his mouth. There are 2 stone wheels you spin to receive salvation and several other mystical favours.

There are carp, turtles and a variety of beautifully kept gardens and small temples to different attributes of the Buddha, such as eternal enlightenment.

After a self-guided speedy tour and a sketch we left for Matsumoto.

We took Route 19, which pretty much took us all the way.
It was mostly an easy cycle following the river (according to the local guides, the biggest one in Japan but not named on our road map).
We went over several massive bridges with deep ravines below, water thundering through waterfalls leading into the river, and round reservoirs formed by a series of dams until the rain became too heavy to cycle.

We stop for our packed lunch under the protection of a bus shelter until it stopped enough to continue, but arrived in Matsumoto soaked and in need of a hot bath. 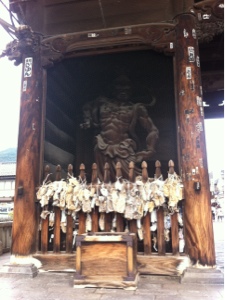 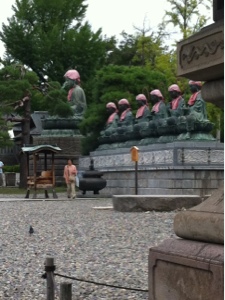 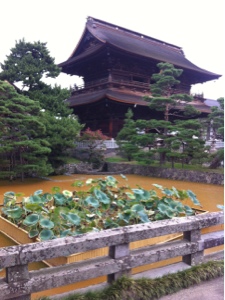 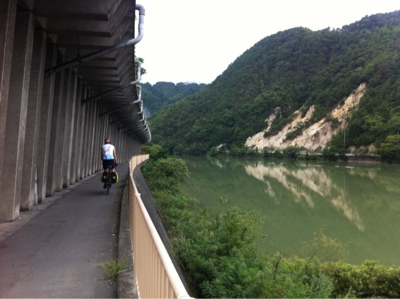 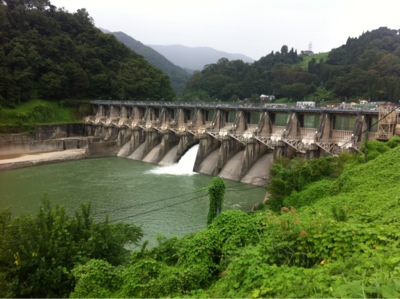 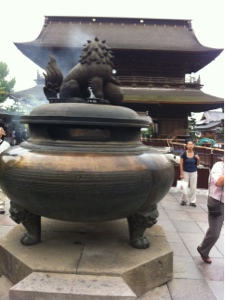 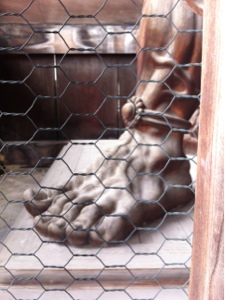