We woke early, grabbing breakfast and provisions from a 7-eleven on the way out of Matsumoto.

I had been stressing about this leg of the journey. The route between Nagano and Takayama via Matsumoto had been described on one of the cycle Japan websites so we had been looking forward to it.

However, when I looked at more detailed local maps, I found that the main road (Route 158) from Matsumoto to Takayama noted on the cycling website includes at least 22 separate tunnels, some of which are several kilometres long.

ARE YOU JOKING? Has anybody actually cycled this route?

More investigation found a branch off Route 158 which took us over Mount Norikura, standing at 3026m high, and only going through 8 tunnels, all less than a kilometre long.

The weather forecast showed sunshine and 24 degrees for the next 3 days, so we decided this was our best option to actually cycle some of Japan's most impressive landscape.

Route 158 took us on typical A-roads from the outskirts of Matsumoto into the countryside. It followed the Azumi river and started to get hilly as we met our first tunnel after about 20miles.

Japanese A road drivers apparently prefer to go through rather than round or over their hills and mountains.

Big trucks and no pavement made the string of tunnels a matter of gritted teeth and fast pedalling but was no fun.
The turn off onto B-road Route 26 was mid-tunnel!

The next 4 tunnels were empty, and almost a pleasure by comparison. Definitely a road less travelled.

We continued to climb, noticing changes in the plants and noises along the way- more alpine flowers, less noisy cicadas.

As we freewheeled a short downhill section Coca shouted something I couldn't hear. There was moss on the sides of the road and it was getting slippy. I assumed she'd shouted something about this.
"Monkeys!!"
I suddenly noticed the high sides to the road was lined by red-faced (and bummed) monkeys with grey whiskers, sitting on fences, peering out of trees and bushes. A couple crossed the road in front of me.
They seemed un afraid but camera-shy. I managed some fairly blurred shots which could have been yetis.

We reached the Norikura pass at around 3pm, still climbing. This section of road is closed between October and May as this is skiing territory (some of Japan's Winter Olympics were held here). As we approached, the gatekeeper waved us down. Gate closes at 5.30pm at both ends. No private cars or motorbikes. The only traffic would be the regular Highland Express buses, a few taxis, and a handful of cyclists. There are no road lights up there, so once the sun goes down it's dark and many sharp bends make it treacherous driving.

I asked if it was ok to go on, would we make it through? He shrugged. We could try.

As we slowly proceeded up in bottom gear (panniers make it difficult to go above the bottom 2 or 3 on hills) a number of Lycra-clad cyclists whizzed past us on their way down. We have been impressed by how friendly other cyclists, and in particular motorcyclists, are over here. In Hokkaido nearly all the bikers waved cheerfully at us as they passed. The downhill cyclists wore long sleeves, even leggings, and wind jackets. We were in short sleeves and sweating hard.


Each 100m in altitude was marked at the side of the road. 1800m, 1900m, and it became slower and steeper. The mountain is covered in forest nearly to the peak, unlike Fuji, and it was dense with plants and climbers (the dreaded Japanese Knotweed?) dragging larger trees back down to the undergrowth.

We could see the snowy peak of Norikura in the distance. The road goes below the peak but we weren't sure by how much. 2400m? 2500m?

After nearly two hours of steep climbs and uphill hairpins we stopped. 4.45 and we were maybe at 2,400m. We could see stretches of road high above us.

It dawned on us we wouldn't make it. We had been putting off eating till we reached the top and we were very tired and hungry.

We reluctantly turned and started down. It was suddenly freezing. The cool of the altitude and the sun dropping had us hastily putting on as many layers as possible as we freewheeled down, hands shaking from gripping the brakes and teeth chattering from the cold.

We made it back to the gate at 5.20. The gatekeeper looked surprised. Closed? No, too far today. Tomorrow. See you tomorrow.

Takaaku and Yoshie saved our day, as we could not find accommodation at the local onsen, and it was getting dark and late. Takaaku and Yoshie called the pension where they were staying and managed to get us a room. They treated us to a bottle of wine and helped us rearranging the hotel bookings for the next day. 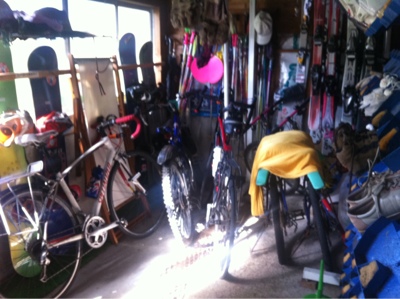 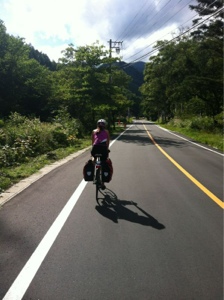 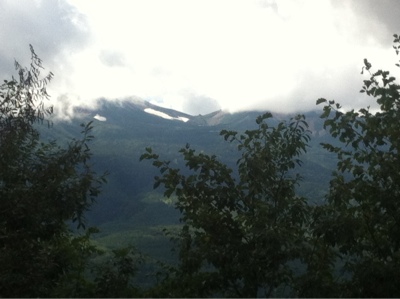 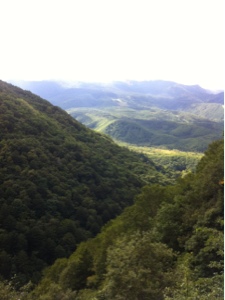 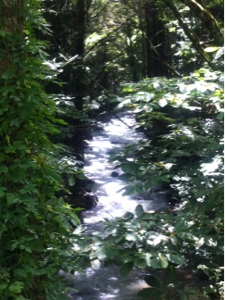 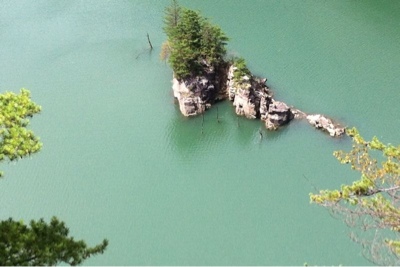 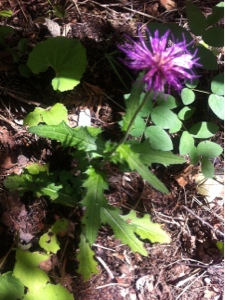 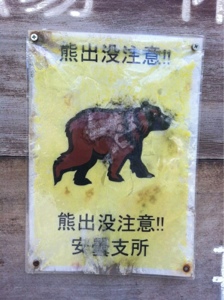