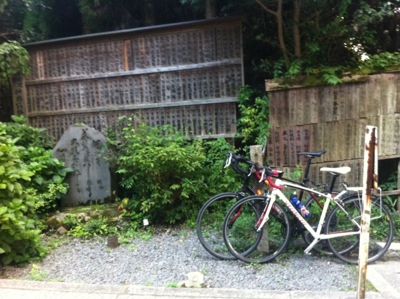 We left the Travellers Inn Hotel in the morning after explaining we made a mistake with the booking, rather than 2 nights one person, 2 persons one night and ventured into the heat of the morning to find the next hotel.

We cycled across the baking hot city full of temples and shrines, and, as with most of Japan's cities, we rode on the pavement, avoiding fast and totally careless cyclists of all ages.

Starting our cultural visit at the Imperial Palace, which is a wide and mainly empty garden, with wide gravel paths, high walls and formal gateways protecting the imperial residence and the guests' of state residence. You could visit the surroundings of the palace with a tour guide but no self-guided tour was available, so we opted out, and left for the cool surroundings of Shimogamo Shrine.

The shrine sits on an island in the middle of the river, hidden within a woodland of trees and ponds, which meant the air was much cooler and refreshing but, as a result, we were literally eaten by the thousands of mosquitos living in the damp shady grounds of the shrine.

We discovered the amazing snow ice-cream, where you are given a large bowl of finely shaved ice to pour a sweet green tea syrup over and eat with a delicate hammer-beaten spoon! Perfect for this weather.

At the temple, Richard was fascinated by Chie and Naomi, two lovely young ladies from Osaka that came to spend the day in Kyoto in traditional kimono dress, so we followed then around and took several photos, before making friends and exchanging Facebook addresses, finally leaving to cycle the philosophy's walk.

The walk, which ambles along a gurgling stream lined with cherry and beech trees, takes you past beautifully restored old dwellings and well integrated contemporary houses as well as many small shrines just a short walk from the path.

We continued our cultural visit to Ginkakuji Temple, which has an amazing zen garden, with a cone-shaped gravel mound and more than 500-year old trees. We also followed some geisha girls around but no photos with them this time.
In our first night in Kyoto we met Kumi Nakagawa - at Kokoraya restaurant, we liked her and her restaurant so much that we came back the second night. The menu included unwinding egg, addicted cucumber and rare cheese cake dessert, all locally grown or produced. Even the 'moon walk' area is beautiful (we had cycled around the geisha district and the red light district the night before with a great deal of fascination at the discreet arrival and departure of dark taxis).

We already miss Kyoto, what a beautiful city! 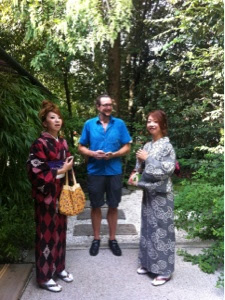 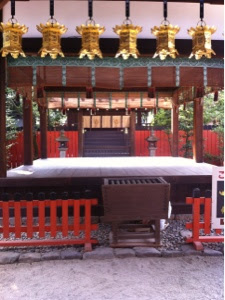 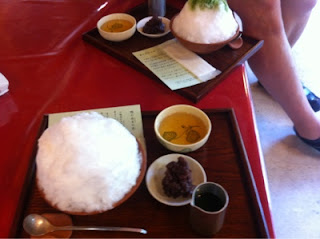 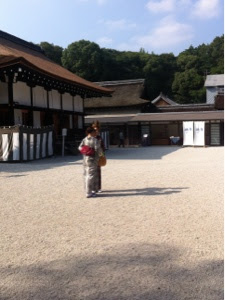 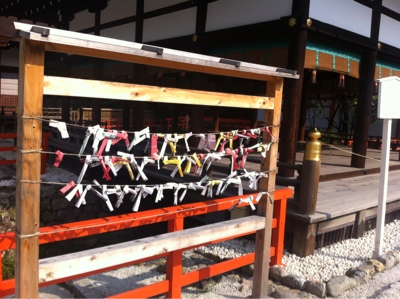 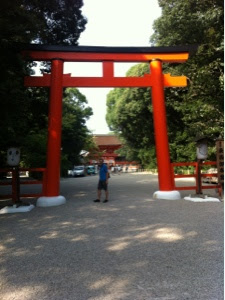 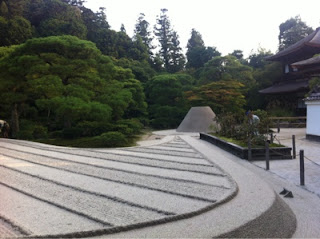 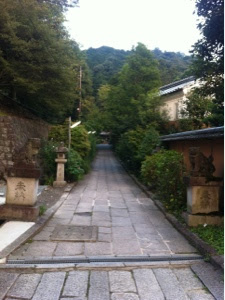 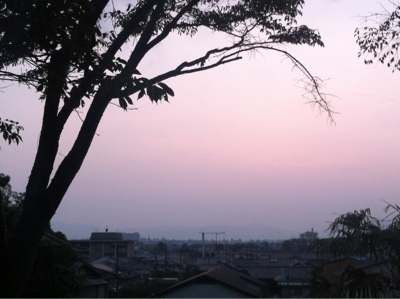 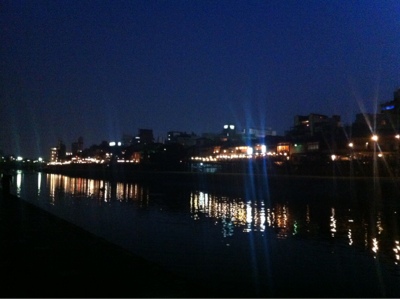