After an enjoyable evening in Kanazawa, we went for a sketch in the morning to the famous Kenrokuen Gardens before getting the train to Kyoto.
Kenrokuen is one of Japan's 'Three Most Beautiful Gardens' located on the heights of the central part of Kanazawa and next to Kanazawa Castle. The Maeda family, one of the feudal rulers maintained the garden over generations.
The garden has artificial ponds, hills and ancient tea houses dotted around the garden. We drew the "Kasumigaike" which has a small island, on which is said that an ageless hermit with miraculous power was believed to live. He must be very very small. And live on carp.

Kenrokuen, according to the guidebook, means "having six factors", and was given the name because of the six attributes that bring out the perfect landscape of the garden: spaciousness, tranquility, artifice, antiquity, water courses, and magnificent views. Just like our back garden in Peckham, then...

We had put the bikes together again after arriving in Kyoto main JR station. We're becoming quite proficient at de-wheeling, strapping them down, with the handlebars, bagging them up and then the reverse at the other end.

Cycling around Kyoto in the late afternoon, we realised how big the city is. There is so much here to see, both historically and culturally.

We stayed the first night in a Travellers Inn. It had seemed fine on the website but having checked in, we discovered our 4th floor room had no lift and had seen better days. Peeling wallpaper and burns in the carpet. Walking up the stairs, you pass the smoking floors and breathe in a lungful.
We found a smart downtown hotel for the next night.

Leaving our bags, we headed out to visit some of Kyoto's numerous temples by bike.

My paranoia at being bitten had me covered in foul-smelling tropical strength repellant, but Coca used her usual trick of being with someone more prone to be bitten than her.

This time it didn't work. As we bent over the bikes to lock them, a cloud of semi-invisible mosquitos settled on us and within a few minutes Coca was covered in bites. The next morning, applying cream I counted 52 separate bites on Coca's legs!

We cycled to the covered arcades in the centre and found a cosy little restaurant, Kokoraya. The food was excellent and staff lovely. We made friends with Kumi and went back the following night. 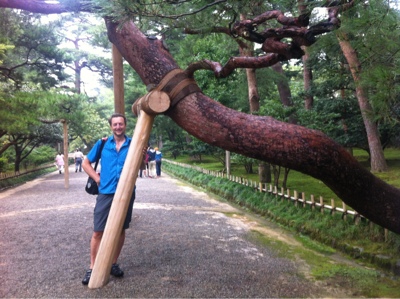 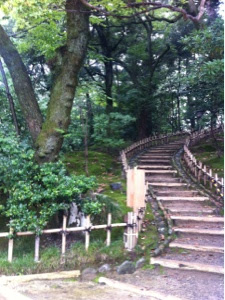 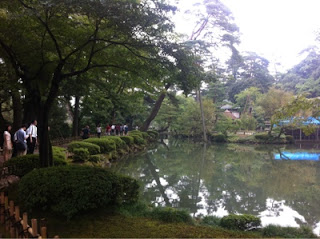 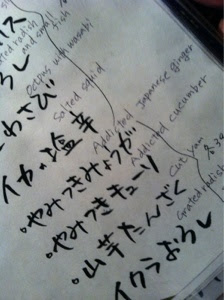 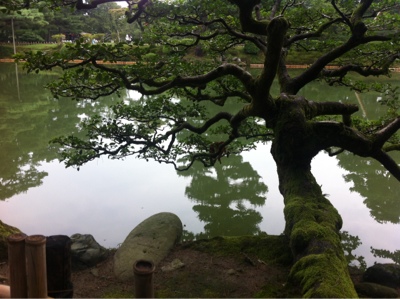 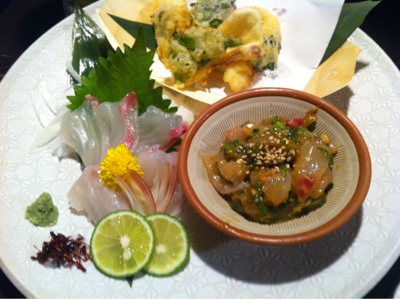 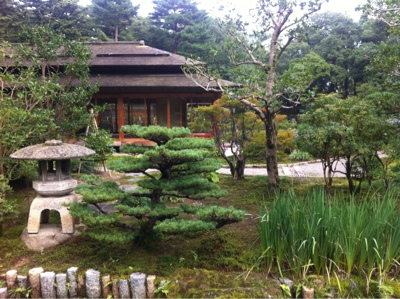 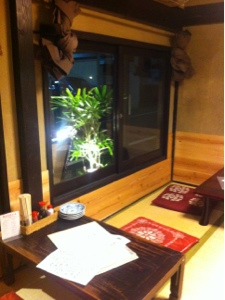 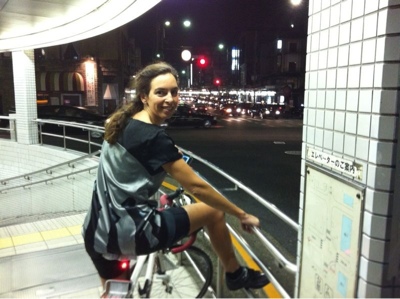